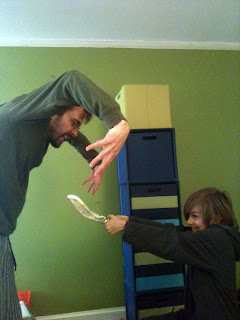 Most of us are familiar with a story which was composed toward the end of the first millennium of our era, Beowulf. It is the elegiac narrative of the adventures of Beowulf, a Scandinavian hero who saves the Danes from the seemingly invincible monster Grendel and, later, from Grendel's mother. He then returns to his own country and dies in old age in a vivid fight against a dragon. Essentially it is one of the first epic poem manuscripts written during medieval times.

The poem is about encountering the monstrous, defeating it, and then having to live on in the exhausted aftermath. In the contours of this story, at once remote and uncannily familiar at the end of the twentieth century. It has been translated several times, and can be a difficult read. It made its way onto the big screen, but for one to really enjoy Beowulf, one should read it for themselves.

It has been a little over a week since Joshua Gray's version, 'BEOWULF: A VERSE ADAPTATION WITH YOUNG READERS IN MIND' was released in paperback and we had to opportunity to interview him. He decided to produce a translation so that a younger audience might enjoy the adventure.

We wanted to capture Joshua's excitement in doing so by asking him some questions. You can tell from the photo above, his son is the center of his current adventure universe. Both seem to host the spirit of Beowulf. Perhaps they embody the playfulness one needs to keep a creative spirit alive when writing such an in depth book as this. Let's ask him...

Z-comp: If you could be a superhero, what character would you be?

Z-comp: Time for the serious questions- What inspired you to write this version of Beowulf: A Verse Adaptation With Young Readers In Mind?

JG: When my eldest son was six or seven he was into Beowulf. My sister bought him a beautiful children’s adaptation of the epic, but it was in prose and lacked the epic’s important beats and alliterations. So I decided to buy a verse version for him, but I could not find any out there and found that to be completely unacceptable. So I wrote one myself.

Z-comp: Explain to us in as little words as one can- what does this book represent to you?

JG: This book represents a vision I have had for almost ten years. I had been encouraged by many to make a book out of it, but all children’s publishers of any kind, from journals to books, had submission guidelines that said: no violence. I couldn’t get it published on paper because its length took up valuable real estate. It took on online journal (qarrtsiluni.com) and a willing editor (Alex Cigale) to propel the vision into a reality.

Z-comp: Did you market the book before going to print? Has your son read it yet? Etc.

JG: Yes, I tweeted the crap out of it, and blasted it whenever I could on my Facebook Page. Social media seems to be where it’s at these days. My Web site started getting hits from google search terms like “Beowulf children” and so I changed my SEO strategies to get even more hits.

Z-comp: What piece of art stuck out for you when it came to Sean Yates doing the cover art? And why did you look at his work, yet searched for others, and then came back.

JG: Sean Yates and I were both involved in Zouch Magazine, which had a social media piece to its site. I saw Sean’s work there, and was impressed so I went to his Web site. I e-mailed him and asked him if was interested, but wanted to keep looking just to have options. But given the audience and topic of the epic and its adaptation, there never was any other option that I was excited about. Sean had an image on his site called The Surveyor that I as particularly drawn to. Sean has a dark but not gory, ambiguous yet concrete feel to his work that ultimately made me e-mail him again.

Z-comp: Is this your first published work? JG: Yes Z-comp: What is, if you have one, your approach to writing? Inspiration. Do you have a muse? Set aside allotment for writing, and time of day?

JG: I am inspired by history, mythology, family, science. I think everyone who writes has a muse. I write on my commute to work and back again, mostly. The local metro system has enough seats in it that I can sit and write. Sometimes it’s one line, sometimes a few stanzas. But I also don’t usually write right away -- I actively resist the urge to write, so that by the time it is being written I have an very good idea what the look and feel will be.

Z-comp: You write in a pseudo, why? Do you find writers like JK Rowling who have written in pseudo have an advantage? Is there a mystic?

JG: It’s actually quite simple. the reason is twofold. First, I have always liked Gray as a last name. Spalding Gray is a good example of a great name. It is also my real middle name, so the stretch wasn’t big. Second, I have been called Joshua Gray by women since I was in college. A term of affection as well as disbelief, but I always loved being called that by girls. I never promoted it, and they did it organically without knowing anyone else did it. I don’t know why. But the stars seemed to have aligned. I actually see it as a disadvantage now. Something I did not see when I was just an unpublished poet trying to get my name in a journal. Now that I am being recognized, even in a very small degree, the name thing is a problem. Do I use my real name or my pen name in this situation? What about that situation? If I had to do it all over again, I’m not sure I would have used a pen name, as much as I love “Gray.”

Z-comp: You’re a DC Poetry Examiner. How does one bring poetry to the public, etc.

JG: Whoa, that’s a loaded question. I am actually very seriously considered started a membership association for the advancement of poetry. I am tired of seeing poets and poetry being marginalized. I want to see our children getting exposure to poetry all year in school, not just a two-week period tacked on the end of the year. I want to see David Letterman have Billy Collins as a guest, or people know the name Rita Dove as well as Lady Gaga. Examiner.com is a step in the right direction. But still, how many people other than poets and their friends read my column?

Z-comp: What are some of your favorite sites to submit too, and what advise do you have for the inexperienced writer.

JG: My favorite site to submit to by far is poetsandartists.com -- its publisher Didi Menendez is on to something big. Collaboration and give-and-take between poets and artists is a common theme. It is also fun to see prompts by a publisher. If you are having writer’s block go to the submission guidelines of the magazine and I guarantee it will go away.

Z-comp: How can readers get a copy of your book ‘Beowulf: A Verse Adaptation With Young Readers In Mind’? Share the links, etc.

JG: At the moment the book can only be ordered on lulu.com, but soon Amazon, Barnes and Noble, major distributors and local bookstores will carry it. www.joshuagraynow.com has a link to the lulu.com page to buy it as well as all new information on the book as it becomes available.

Z-comp: What’s the next project for Joshua Gray?

JG: I have three projects in the work. The one I am working on now is a book-length poem, and epic poem of sorts, on belonging. The first of three parts is completed, and the first part is broken up into four sections, one section per character, written in Sanskrit, Anglo-Saxon, Blank and Welsh verse. Later parts will be more informal. Another project I am working on is editing a book with poems by a poet who passed away last year. His life and poetry both have strong resemblances to Emily Dickinson and Waldon Pond. Finally, I want to get my first collection published.

Z-comp: One more question- If you had all the money and time in the world, what would you be doing right now?

JG: Paying off debt, writing poetry without having to work a 9-5 and giving back to my community.

Z-comp: Are there any book signings in your future? Bookstores, etc...Poetry readings in your area, outside your area?

JG: Yes, I will be reading at Cafe Muse in Chevy Chase, MD in the summer. I am open to readings and book signings anywhere else, but nothing scheduled as of yet.

Well we want to thank Joshua for taking time out to answer our questions, and if any of you are interested you can find Joshua Gray at Joshua Gray Now facebook twitter: @jgpoetry

This book is a must buy!
Posted by Eat More Brains Magazine at 8:12 PM 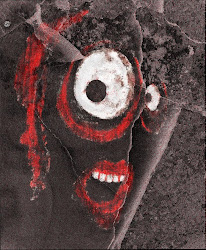